The Costs And Benefits Of Animal Experiments

To read a sample chapter from, “The Costs And Benefits Of Animal Experiments”, please click the button below. 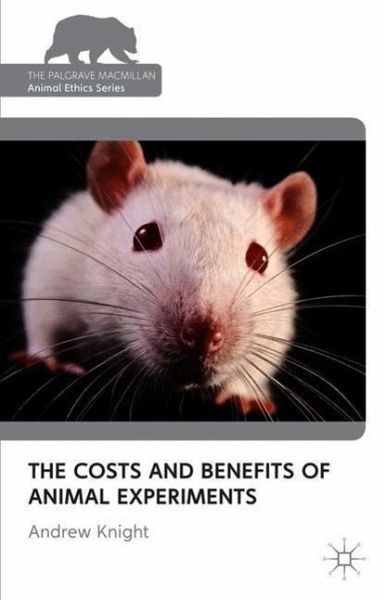 Few Ethical Issues Create as Much Controversy as

Some scientists claim they are essential for combating major human diseases, or detecting human toxins. Others claim the contrary, backed by thousands of patients harmed by pharmaceuticals developed using animal tests. Some claim all experiments are conducted humanely, to high scientific standards. Yet, a wealth of studies have recently revealed that laboratory animals suffer significant stress, which may distort experimental results. Where, then, does the truth lie? How useful are such experiments in advancing human healthcare? How much do animals suffer as a result? And do students really need to dissect or experiment on animals? What are the effects on their attitudes towards them?

In The Costs and Benefits of Animal Experiments, Professor Andrew Knight presents more than a decade of ground-breaking scientific research, analysis and experience to provide evidence-based answers to a key question: is animal experimentation ethically justifiable?

By analysing large numbers of animal experiments selected randomly — the ‘gold standard’ when assessing biomedical research, and reviewing over 500 scientific publications, Knight is able to offer unprecedented insights into the contributions of animal experimentation to human healthcare, and the extent to which laboratory animals suffer. He provides the most recent evidence-based estimations of laboratory animal use globally and in major world regions, and reviews the types of procedures animals are subjected to and their level of invasiveness.

“When considering costs and benefits overall”, he states, “one cannot reasonably conclude that the benefits accruing to human patients or consumers, or to those motivated by scientific curiosity or profit, exceed the costs incurred by animals subjected to scientific procedures. On the contrary, the evidence indicates that actual human benefit is rarely – if ever – sufficient to justify such costs.”

Knight concludes with an overview of key regulations governing animal experimentation within Europe and North America, and proposes a set of policy reforms to facilitate increased implementation of alternative research and testing strategies. He concludes that,

“Rigorous implementation of policies such as these would restore to animal research the balance between human and animal interests expected by society, intended by legislation, and demanded by detailed ethical review.”

• In recent years laboratory animal numbers have steadily risen globally and in many individual countries, including the UK, US and others. The major causes are increased use of genetically-modified animals and the implementation of historically unprecedented large-scale chemical testing programmes within Europe and the US.

• At the core of almost all regulations governing laboratory animal use is the requirement that animal ethics committees conduct a cost/benefit analysis to ensure that the expected benefits of such research exceed its likely costs. Humans are the major beneficiaries, and animals incur the major costs. The required cost/benefit analysis normally relies on educated guesses or assumptions about human benefit and animal suffering. However, strong scientific evidence has recently demonstrated that these assumptions are often fundamentally flawed. This book is the first to comprehensively review this evidence.

• The Costs and Benefits of Animal Experiments is the third publication in the Palgrave Macmillan Series on Animal Ethics. The Series provides a range of key introductory and advanced texts that map out ethical positions on animal issues. It is expected to play a major role in establishing the emerging field of animal ethics.